VISIT TO THE NAGORNO-KARABAKH REPUBLIC

On May 21 the RA police delegation presided by police chief, Lieutenant General Vladimir Gasparyan paid a working visit to the Nagorno-Karabakh Republic.
NKR President Bako Sahakyan received RA police chief Vladimir Gasparyan on May 21.
Issues concerning expansion and intensification of joint police activities of the two republics, as well as other issues of mutual interest were discussed during the meeting in which NKR police chief Kamo Aghajanyan also partook.
A working conference with the participation of the delegation headed by Vladimir Gasparyan took place. The conference was attended by NKR police chief Kamo Aghajanyan, police senior personnel, as well as officials of police services and subdivisions.
Issues concerning joint actions aimed at coordination of the activities of law enforcement agencies, improvement of service quality and effectiveness of fight against crime were discussed during the conference.
The delegation of the RA police didn’t arrive with empty hands: they presented uniforms of the special battalion of the NPS regiment and vehicle with the same logo to their Artsakh colleagues. «The Angels» will soon be patrolling on Stepanakert streets.
The RA police delegation left Stepanakert on May 22. 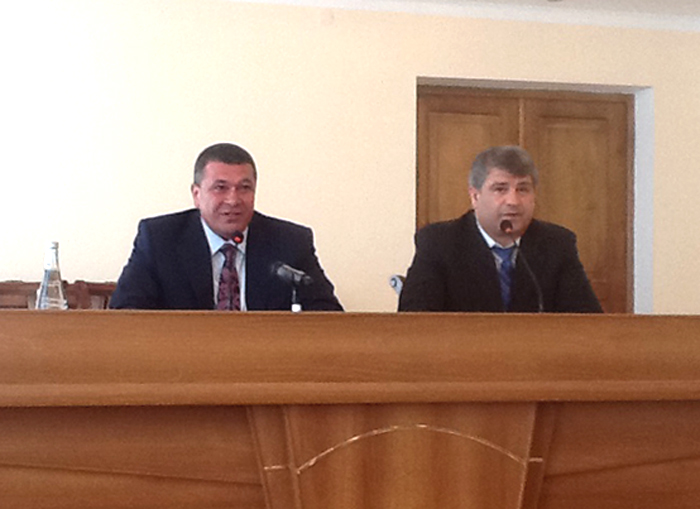 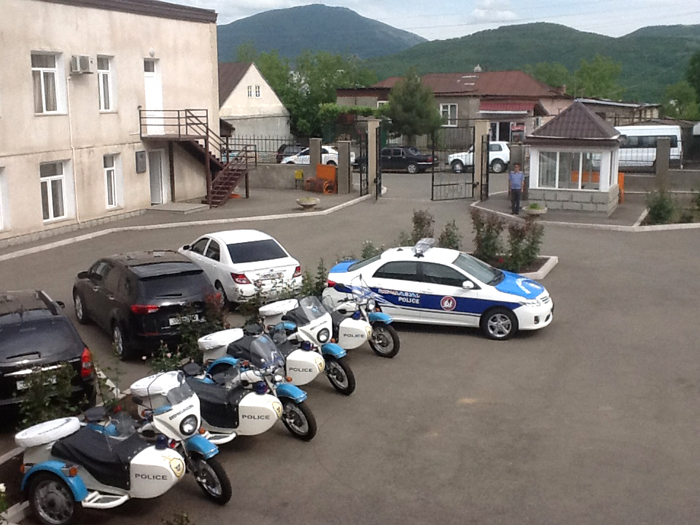 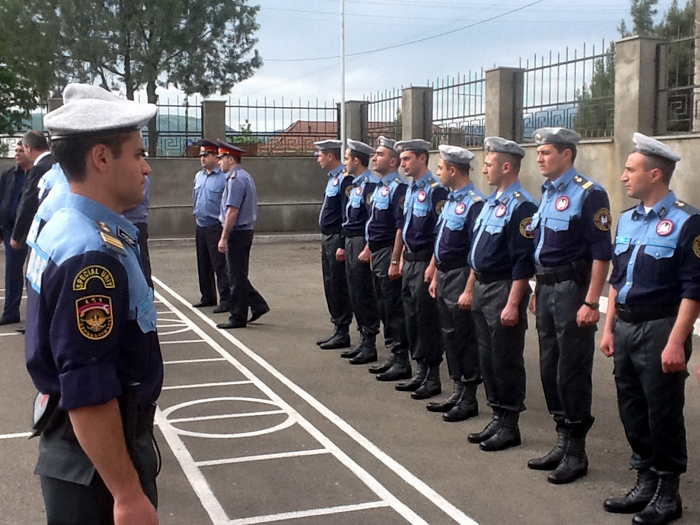